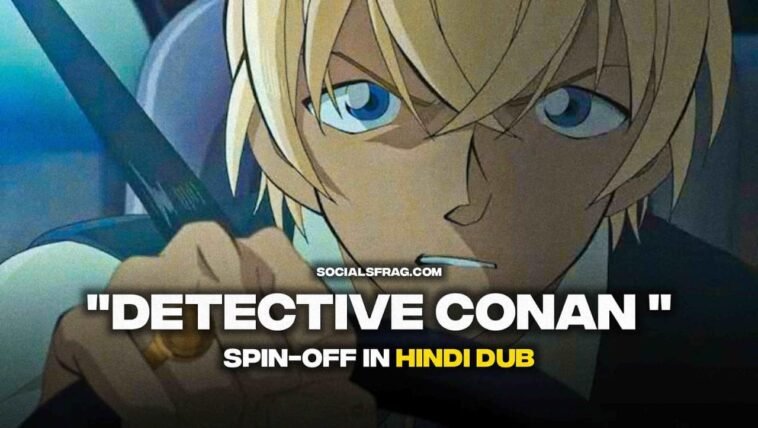 The new spin-off of Detective Conan, ‘Case Closed: Zero’s Tea Time’ has been released by Netflix on their streaming platform today including India in hindi dub. The Show is available in – Hindi, English and Japanese.

It is a six-episode anime television series adaptation by TMS Entertainment and was broadcast from April to May 2022.

This month has been a great month for anime fans in India. We saw the theatre run of Jujutsu Kaisen 0 which ended up making a huge success and also the big anime streaming giant, Crunchyroll started streaming the hindi dub of ‘My dress-up darling’ & ‘Ranking of the king’.

We fans from India are getting closer each day in making anime a part of mainstream in the country. Big stream giants like Crunchyroll and Netflix are doing their best to provide us anime in Hindi language.

We might see more of the popular anime in hindi dub real soon if the support stays consistent. What do you think about this anime hindi dub coming in India? Feel free to comment down and let us know what do you think, also don’t forget to share this article with your friends.

We post daily animanga news articles, so make sure to follow us on Instagram. You can also check out our anime news page for latest updates.