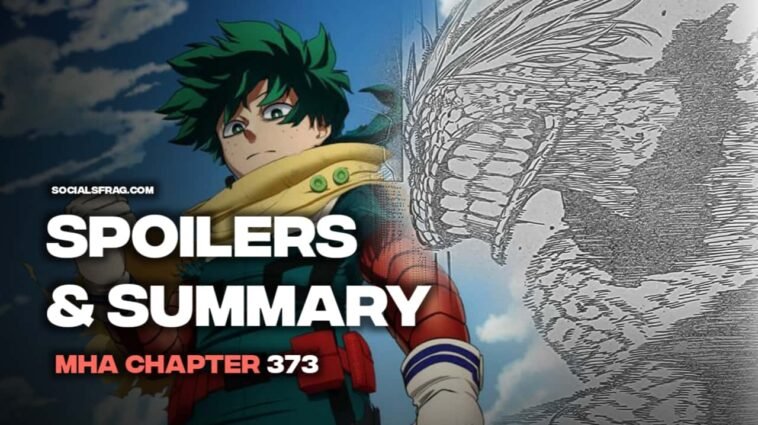 There are still some days left for the release of MHA new chapter and we fans are eagerly waiting for it. Well, no need to wait anymore as the spoilers, summary & raw scans of My Hero Academia manga chapter 373 are here!

The chapter 372 of MHA was officially out 2-3 days ago, so if you haven’t caught up with that yet then we would recommend you to read it out first because this article contains spoiler, summary & raw scans of MHA manga chapter 373.

The note at the end of the chapter says “Kurogiri joins the battle! The war reaches a new stage!!”

According to the official Shonen Jump website, My Hero Academia chapter 373 will be releasing on November 20th.

There are many official sources that you can use for reading manga which inturn would help the creator. Like, Viz website, Shonen Jump or you can use Shueisha’s English manga portal Mangaplus.

We post daily anime & manga news articles, so make sure to follow us on Instagram. You can also check out our anime news page for latest updates