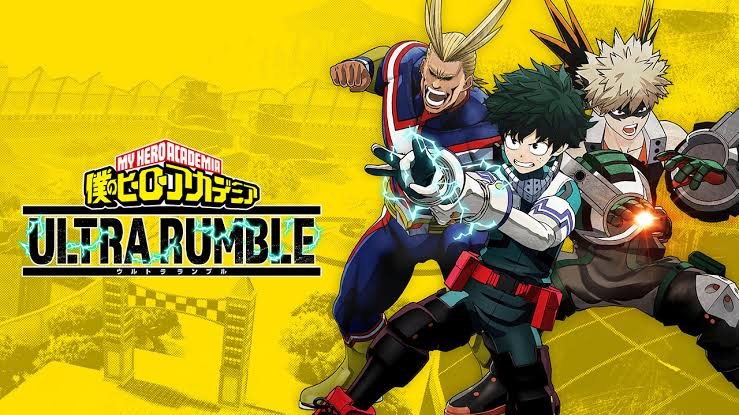 My Hero Academia franchise is growing rapidly with fans all around the world, and it is not going to slow down anytime soon. Just recently, on Monday, the seventh issue of Shueisha’s Weekly Shonen Jump revealed that My Hero Academia is getting a new exciting battle royal game. Also, with the release announcement, they revealed a 28-minute gameplay of the new video game titled My Hero Academia Ultra Rumble.

Bandai Namco revealed the next game inspired by the anime My Hero Academia in the latest issue of Japanese magazine Weekly Shonen Jump. The game is titled as ‘My Hero Academia Ultra Rumble’, a free-to-play battle royale game for PS4, Xbox One, Switch, and PC using steam. Bandai Namco is also planning to host a closed beta test for the PlayStation 4 version of the game from February 2 to 6th.

Bandai Namco Entertainment will recruit 10,000 players for beta testing. For now, only users from Japan can apply for beta testing on the game’s website from 17 to 28 January.

The game is set to be a battle royale-style action game featuring 24 players, and players participate in teams. Each team would have to compete against each other and the last standing team would be the winner of game. This game focuses on quirk use as weapons rather than use of guns like other battle royale-style games.

There is no info revealed by Bandao Namco regarding the release date of My Hero Academia Ultra Rumble. You can still play it as a beta tester during the run of beta testing. The company is conducting a closed beta test for the PlayStation 4 version of the game from February 2-6. If you live outside Japan, then you can access the beta version using VPN or by other methods.