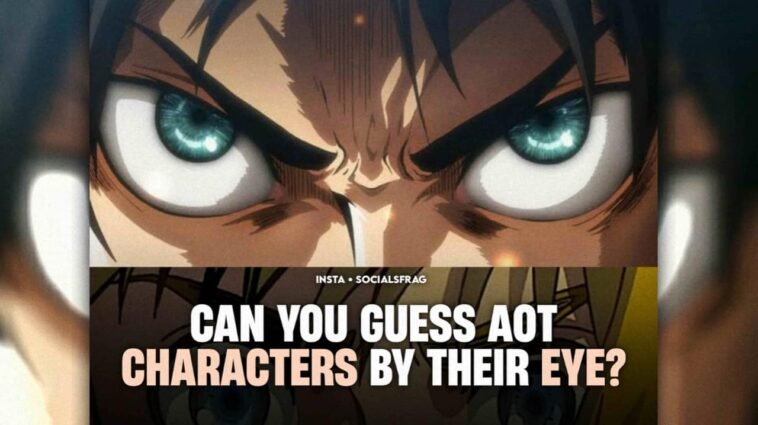 Attack On Titan is what we call a peak anime, and there is no need to prove why. It is one of the most in demand anime of the previous year and the one that also broke anime streaming servers. There won’t be an anime fan that never heard of Attack On Titan or haven’t watched it. So, if you are one of those true Attack On Titan fans, then you must be able to clear this quiz by guessing AOT characters by their eyes.

To Play The Quiz, Scroll Little Down And Tap On ‘Let’s Play’.

This quiz has a total of 12 questions, and each question has four or more options. You just have to tap on the option that fits the character’s eye shown in the image the most. Seems intresting yeah? So, are you ready for the quiz?

Attack On Titan season four part two finished airing a few months ago and now fans are waiting for the release of final part of the final season. If you are one of those fans, then you have to wait for the arrival of 2024 to finally see the end of the story.