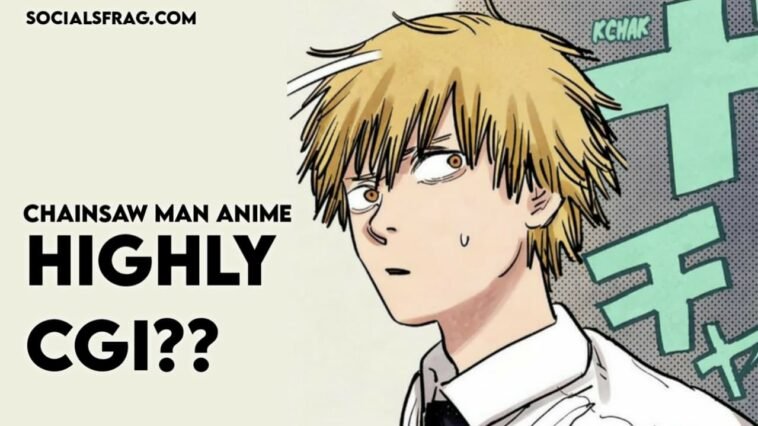 Chainsaw Man is clearly one of the most anticipated anime of fall 2022 and the hype it is creating can’t be go unseen. While Chainsaw Man anime still has few week for the release, some fans have already seen its first episode from the leaked video and their feedbacks are making fans worry about its animation.

Fall 2022 is full of anime releases and Chainsaw Man is one of them, making it even more special. So, a day ago the first episode of Chainsaw Man was shown at a private Crunchyroll premiere event in France. Many fans went there are some even recorded it, which is not allowed.

The recorded scene of Denji transforming from episode 1 was posted by a user on Twitter which went viral right after.

The original account which posted the video got taken down by Crunchyroll using copyright but that didn’t do any good as many users reposted the video and now it’s everywhere.

The quality of recorded video is too low, but enough to tell what’s going on there. Looking at it fans are convinced that Mappa has heavily used CGI in this scene.

So, judging and worrying about animation of CSM from its raw footage shouldn’t be the move. What do you think about Chainsaw Man anime leaked episode video? Comment down and let us know, also don’t forget to share this article with your friends.