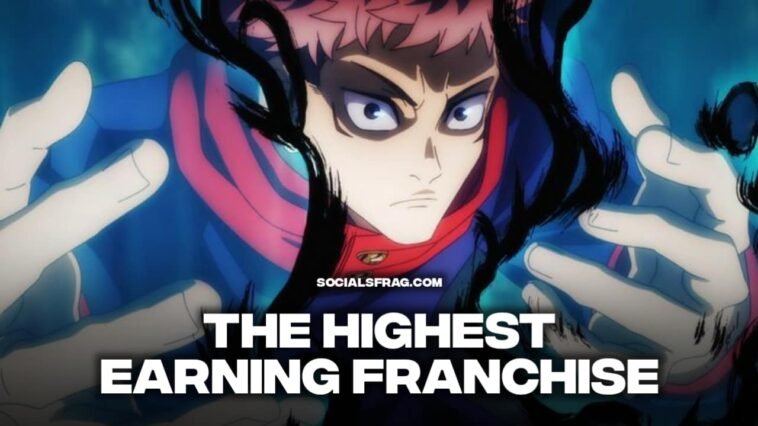 2022 was one heck of a year, filled with many anime releases and during the span of 2022 anime industry even saw 13% increase in its growth. According to some reports, Jujutsu Kaisen was the highest earning franchise of 2022, beating the likes of One Piece and AoT.

The reports came from Oricon, they revealed the list of top 30 Oricon Yearly Franchise for 2022. In the reports, Jujutsu Kaisen revenue exceeded 10 Billion Yen & secures Top Spot on the Highest Earning Franchise list while One Piece is the 2nd best with 6.9 Billion Yen.

While the JJK franchise made significant profit from movie, the revenue from movie is not included in this report. The amount figure includes sales of Manga Volumes, Novels & Anime BD CDs

Jujutsu Kaisen anime came out in 2020 and ended season 1 in march 2021. The franchise also received a prequel movie named Jujutsu Kaisen 0 in December 2022. The movie was a hit piece, it even made its place in Top 10 highest earning anime movies of all time in Japan.

We have linked the tweet below where you can see all the 30 franchises that made it to this list:

Chainsaw Man being one of the most highly anticipated franchise ranked at number 11 in this list with 2,747,089,730 yen.

Which franchise is your favourite and what do you think about this list? Feel free to comment down and let us know what do you think, also don’t forget to share this article with your friends.