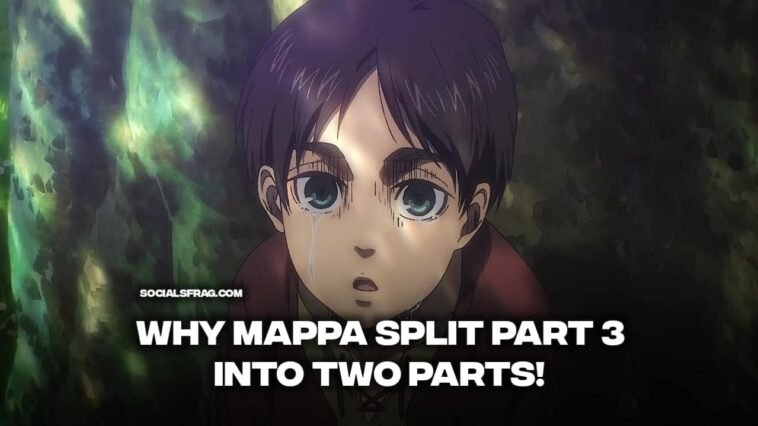 The excitement for the returns of Attack On Titan, one of the most anticipated anime of all time has fans eagerly waiting for the release date. Well, the wait ends today as officials have revealed the release date of Attack on Titan Final Season Part 3 but it is being split into two cours.

Just in, the official Twitter account of popular shonen title, Attack on Titan revealed that the final season part 3 will release on March 3. However, fans won’t get the conclusion of story at once as the part 3 of anime will have two cours (part).

Mappa knew that fans waited for soo long and telling them that the conclusion of story will take two more parts would make them raise questions. So, along with the release date they revealed the reason behind the decision of splitting final part in two cours.

Mappa added, the amount of work needed for animating the season that seemed manageable turned out to be much larger than expected and the staff had no choice but to split Attack on Titan: The Final Season Part 3 further into 2 parts.

Our initial goal was to broadcast the entire “The Final Season” on March 3. However, in the process of production, the amount of work became much larger than expected, and after consulting with the committee members, we have decided to release the film in two parts, the first part and the second part.

We sincerely apologize to those of you who have been looking forward to the completion of the animation of “The Progress of the Colossal Titans” at the next time, as the word “conclusion” suggests.

All of our employees and staff promise that we will continue to focus our efforts on the production of “The Titans” until the very end, so please allow us a little more time.Thank you for your continued support.

Attack on Titan is a Japanese manga series written and illustrated by Hajime Isayama. The series became super hit during its anime airing year and got appreciation from fans all over the world.

What are your thoughts on the decision of “Attack on Titan: Final Season Part 3” to split in two parts? Feel free to write down your thoughts in the comments box below. Also do not forget to share this article with your friends.