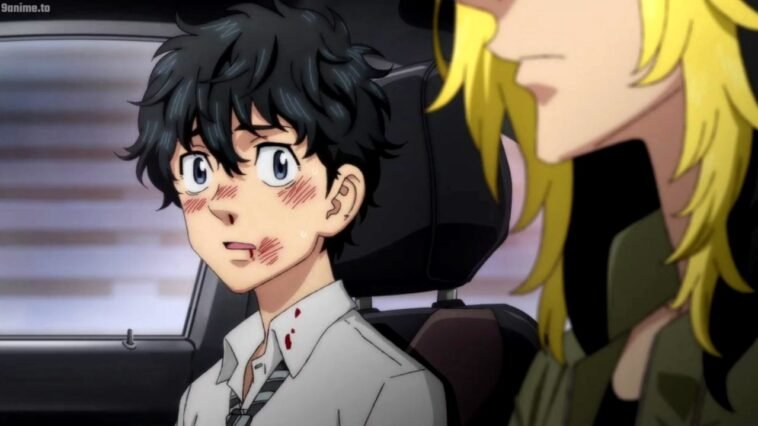 One of the leading anime of 2021, Tokyo Revengers is back with its season 2 and the first episode just aired on Disney Plus & Hulu.

It has been more than a whole year and few months since the last episode of Tokyo Revengers aired. The final episode of season 1 ended on a cliffhanger that made most of the fans to catch up with manga but some waited for the anime and it’s finally here.

The episode 1 of Tokyo Revengers Season 2 finally lifted the epic cliffhanger from previous season. Previous season ended up with Kisaki Tetta holding Takemichi at the gun point after getting rid of Chifuyu Matsuno.

Anime only fans waited for more than a year to see how Takemichi would survive the situation he was held in. In the current timeline, where Kiska has put an end to Kazutora and Takemichi is next, around 12 years have passed.

Luckily, Kazutora also got released and he helped Takemichi in escaping by shutting down the building’s light and in the dark carrying Takemichi with him to a safe place.

Kazutora rushed there to actually save Chifuyu but he couldn’t make it in time. Later, Takemichi and Kazutora discussed about what’s going on with Toman and why is it becoming a criminal group, a group that Mikey would never even in his dream think of making it.

But in this timeline, Draken ended up on death row and nobody knows where Mikey went or what is he up to. Both Kazutora and Takemichi then decides to work together and make toman as it was before by taking it back!

This episode really brought back the craze for Tokyo Revengers just like it was in 2021. Are you keeping up with Tokyo Revengers anime? Feel free to comment down and let us know what do you think, also don’t forget to share this article with your friends.