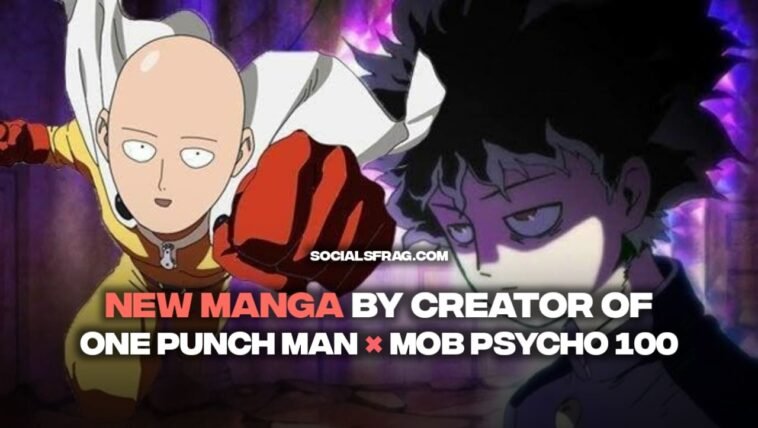 A great news for manga fans just came in few minutes ago that would really excite fans. The news is about a new manga that is coming this November 26th and the author of One Punch Man & Mob Psycho 100 will be writing story for this new manga “VERSUS”.

One Punch Manga is on another level talk about story or artworks and same goes for Mob Psycho 100. Imagine the banger that would be produced if the author of both manga came together. Well, that’s exactly what about to happen.

ONE (Mob Psycho 100, One Punch-Man) will start a new original fantasy battle manga series titled “Versus” releasing in Shounen Sirius issue 1/2023 out November 26.

The story for “Versus” manga will be done by TOMOHIRO (ONE), Mangaka of Mob Psycho & One Punch Man and the artwork by Azuma Kyoutarou (Tenkaichi, King of Fighters).

The story centers around 47 Heroes selected to fight against the 47 demons of the Demon Lord.

There’s not really much info about this manga as of now. What do you think about it though? Are you a fan of TOMOHIRO (ONE), Mangaka of Mob Psycho & One Punch Man? Comment down and let us know! Also don’t forget to share this article with your friends.